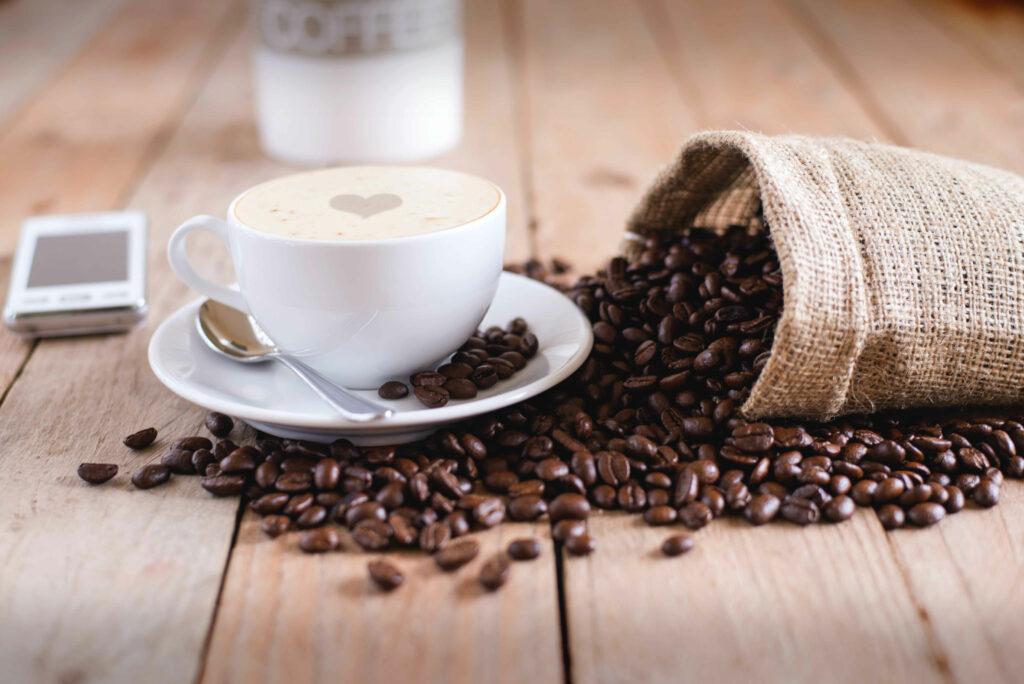 The coffee sector is projected to grow during 2022. In the UK alone, coffee is forecast at a CAGR of 2.4%, and in the US, a CAGR of 5.91% is expected. It’s a great year for coffee companies to thrive if they’re well positioned with a competitive infrastructure. With this being said, we’re going to take you through a look at three of the biggest players in the global coffee industry, namely Nestlè, J.M. Smucker, and Starbucks, with an outlook for the Monster Beverage Corporation coming up too.

While not exclusively a coffee company, Nestlé S.A. is a formidable force in the industry. Nestlé is home to Nescafe, Starbucks, and Nespresso coffee, as well as the world’s most popular chocolate malt drink, Milo.

During the last year, Nestlé discovered two particular types of coffee trees that produce 50% higher yields with a 30% reduction in their carbon footprint. Nescafe has adopted one of these varieties. Also, the company is investing heavily into infrastructure in Brazil as it pulls away from Russia. Overall, with fewer supply chain constraints and growing online sales, as reflected by growing its e-commerce by 15.1% in 2021, Nestlé stock is beginning to look more attractive.

In 2021, Nestlé reported 7.5% organic growth across all markets. The best performing product category was coffee, with Starbucks sales leading the way by growing by 17.1%. Operating profit increased slightly over the year, increasing by 1.4% to reach CHF 15.1 billion. Overall, Nestlé started its new financial year with good momentum that picked up, particularly from March to April following the company’s full-year financial reports. Industry analysts have been steadily increasing their price targets for NESN. Nestlé S.A. has a median price objective of $148.50 with a low of $147 and a high of $150. With an opening price of $132.26 as of the second week of April, we’d consider Nestlé S.A. stock a buy with little room to waver but a good chance of exceeding its forecasts.

Headlining in coffee for The J.M. Smucker Company are Folgers, Dunkin’, Cafe Bustelo, and 1850. Just like most in the industry, the company suffered from supply-chain and transportation issues during the third quarter of fiscal 2022. As of midway through April, The J.M. Smucker Company expected net sales to decline between 0.5% to 1.5% year-over-year, which is basically 0.5% more than earlier anticipated. The poor projections were largely due to escalating costs from labour to logistics. Yet, over the last two years, The J.M. Smucker Company has done well with its non-perishable foods. The share price has seen roughly 27% growth over the last two years. Despite decent gains of just under 8% between March and April following the posting of the company’s third-quarter fiscal 2022 results, we feel long prospects are stifled by the company’s commitment to transformative procedures and the rebound of competitors within verticals like pet food, as was seen recently.

J.M. Smucker is looking to invest in “meaningful M&A”, granting a leadership position in a “new and growing category”. Adjusted earnings declined 5% year over year, and net sales just missed the consensus even though it was only down 1% year over year. All this reflects dwindling profits over the last quarter as the company experienced increasing competition from competitors in rebounding markets. SJM stock was trading 4.5% above its average price objective of $133 set by leading Wall Street analysts at the time of writing. While shares appear to be steadily on their way to the high forecast of $155, short to medium term traders should watch their stock in case it recedes to the low of $109 by the close of the year.

During a time of change when Starbucks is shifting under the new leadership of Howard Schultz as interim CEO and prices are down, SBUX shares are trading for what seems to be great value. Starbucks Corporation stock has plummeted just over 27% over the last six months but could be on the verge of a turnaround, leaving little time for keen investors to buy in the dip. The last earnings call led investors to expect a year on year decrease in margin for the second quarter of 2022, but by 2023, margins are expected to increase by 18% overall, which means that Starbucks shares are poised for good end-year growth.

For fiscal 2022, Starbucks brought in 19.3% year on year net revenue growth. Total net revenue rose from $6.749 million in the same quarter of the previous year to $8.05 million in the current quarter. Operating income also rose by 28.9% year-over-year, and the diluted earnings per share is up by 30.2 YoY. In the first quarter of 2021, restaurant sales rose by 13%, while US store sales increased by 18 year-over-year. Ticket size is steadily rising at 3%, which pales in comparison to the first quarter of 2021’s 17% ticket size growth, but the global transaction volume is up 10% as opposed to the 19% smaller transaction size reported in Q12021. Rapid international expansion is underway, and new beverages are consistently performing well across the board. Industry analysts average a median target of $112 for SBUX with a high estimate of $130 and a low of $87. That’s just under 30% growth by the end of 2022 if the average target proves to be accurate.

Even though the Monster Beverage Corp is down 14.61% year-to-date as of the third week of April, it has been performing well since divulging its financials. Over the last month, stock has risen 4.35% and is trading within a 52-week range of $71.78 to $99.89. At an opening price of $82.06, shares are 19.29% away from the median price objective set by Wall Street analysts of $101.68. It seems highly likely that Monster will hold onto its momentum and reach its price target with a good chance of attaining the high estimate of $115 and barely any chance of falling to its low of $82.44.