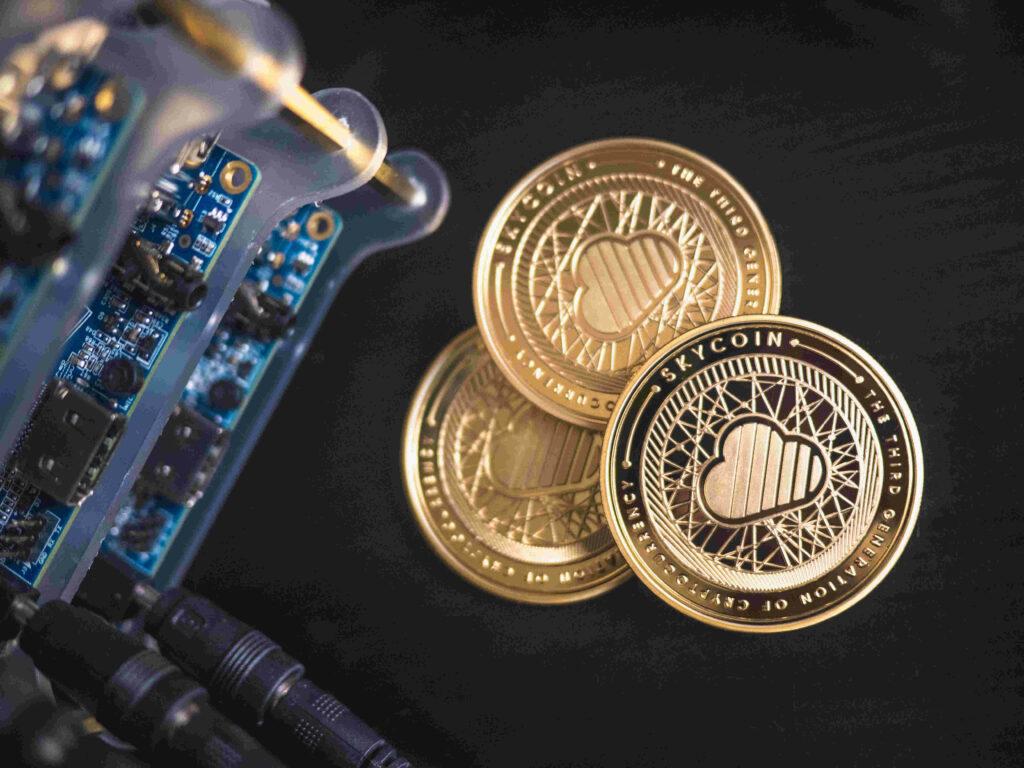 Given the recent collapse of the Terra ecosystem and the cosmic-scale crash of crypto in general, many have been left wondering whether digital currencies have a future.

Well, when all other physical assets have been expended, and only the massive worth of intellectual endeavours remains, which currencies will be left, and how will they retain their value?

How will money work when all the world’s resources are mined, and the planet has finally switched to sustainable solutions only?

No one can tell, but we know a few things. Cryptocurrencies are digital assets, and in their very definition, these crypto-assets solve countless real-world problems and largely eliminate sustainability questions from the equation when considering the future of finance.

The Foreseeable Future For BTC

To place things into realistic perspective, the final 1000 bitcoins out of the maximum 21 million token supply will only be mined by around the year 2140, according to Capital.com.

A blockchain survey report from Deloitte shows that 76% of executives within global financial services companies feel that digital assets will either be a prime alternative or total replacement to fiat currency within just five to ten years.

Those two facts alone show the vast spread that cryptocurrencies have to go and their place in the future. Digital payments with as little of a delay in transaction validation are the only way forward for finance, and that means that even fiat currencies like the US Dollar will soon end up resembling cryptocurrency far more than they do fixed assets like gold, silver, and metals.

Mankind In Just Over 100 Years

What will the world look like by 2140 to 2150 anyway? Mankind will undoubtedly have grown significantly more advanced. Reliance on technology will be much greater. The needs and wants of society will be fundamentally different.

Many believe an age of abundance may be on the cards, where technological solutions to all of man’s problems have ushered in cooperation and a need for nothing more than the transfer of information to transfer both financial worth and intellectual property.

Even a far less futurism-driven outlook would forecast digital currencies of intangible base nature instead of something consumable and physical such as fiat solutions like the Pound, Dollar, and Euro.

The facts say that if we don’t stop carbon emissions, our climate will be very similar to the almost ice-free Eocene period, which passed over 50 million years ago. As the world stands in 2022, the climate is already most comparable to the scorching Mid-Pliocene period that shaped Earth 3 million years ago.

Our state of society and the infrastructure that holds together our “modern” world has reversed 50 million years of cooling that made the planet livable.

How we will handle this will change everything about the way that we do business. Inefficiency simply won’t cut it in any way, and while energy-efficiency crypto will also have to adapt, everything else will shift towards high-speed digital reliance as well.

To take things a step further and consider the grave alternative to a near utopian future, should society collapse in the near or far future, fiat currency will be the first to fall.

With fixed tangible commodities like gold, Bitcoin will, too, survive as a prime means of exchange. Peer-to-peer currencies continue to exist for as long as there is a shared ledger in existence.

Regardless of how apocalyptic things may be, there will inevitably always be internet access, even if sporadic, which means that BTC survives. BTC can be sent and received without internet access, but the world will need to find solutions to problems like double-spending.

Those preparing for the worst should arm themselves with both a couple of good hardware wallets and several paper wallets while never, ever storing their crypto assets on an exchange.

Current complaints against Bitcoin stand against the energy-intensive nature of its consensus algorithm. While no one can deny just how power-hungry proof-of-work is, there’s always the potential that Bitcoin may switch to proof-of-stake just like Ethereum’s upcoming switch.

The only other fear is that BTC and other cryptocurrencies will become so stable and popular that they overcome fiat currencies and thus undermine local governments. Many industry enthusiasts and experts fear this to be the biggest threat as no country is going to stand by and watch its very finances and buying power be undermined.

Yet, if cryptocurrency had to be banned by a nation as large as the US, this would not forespell doom for the crypto assets, just a much higher price due to higher scarcity.

A Bright And Shiny Future For Coins, Tokens & Cryptocurrency In General

Opinions are divided on which digital assets will perform better.

Whether Bitcoin itself, other stablecoins, central bank digital currencies, centralized enterprise-operated coins, or algorithm-driven tokens for stability will grow more prominently, only time will tell.

However, non-participation in the world of digital currencies is simply not an option within the current global financial services infrastructure. Ultimately, whether currency as we know it will simply persist or change drastically, no one knows.

Perhaps, mining the moon’s poles will destabilize Earth’s tides before we can get anywhere near the future projected by anyone. Yet for as far as we can see it, cryptocurrency will always have a future. As time ticks on, it’s simply the underlying blockchain technology and the way that we use it that will adapt.