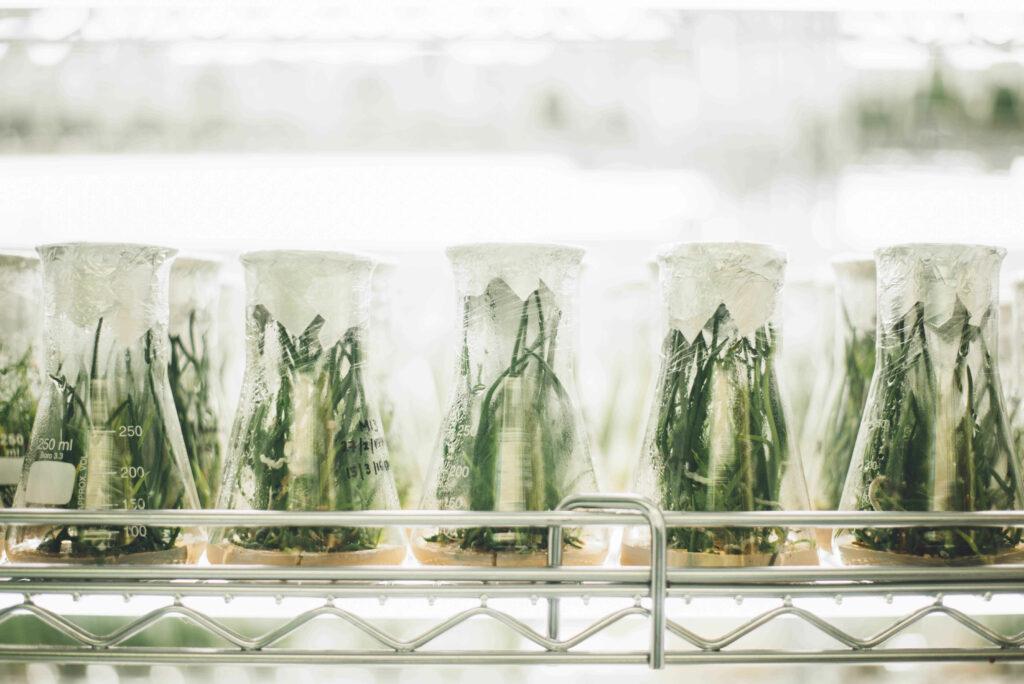 Cannabis stocks may be illegal in the US at a federal level, but this doesn’t mean that the entire world view on cannabis hasn’t changed radically over the last few years. With global legislation becoming more and more progressive, investing in cannabis stocks is becoming increasingly more profitable. We’ll be taking you through a look at three of the most talked-about cannabis stocks and what you can expect over a short to mid-term period – companies that are currently trading at rock-bottom and often anticipated to boom.

From its headquarters in Colorado, GrowGeneration runs a leading chain of hydroponic garden centres and distributes nutrients, growing apparatus, indoor and outdoor lighting, as well as various other cannabis cultivation systems and accessories. While not a pure-play cannabis company, GrowGeneration is rapidly expanding and caters mainly to the cannabis sector despite its product diversity. Investors were surprised with fantastic growth when the company released its fourth-quarter results on March 1st, leading many to suspect that the current trading price hovering around $8.44 is a steal.

GrowGeneration is down 38.88% year-to-date as of the first week of April and a whopping 84.73% over the last twelve months. 2021 Proved to be a record revenue year, with the company bringing in $422.5 million. From this, GrowGeneration reaped $12.8 million in net income, which is over double the $5.3 million earned in 2020. There are many reasons to believe that GRWG stock is on the way up and at a rapid rate at that. With up to 20 new garden centres coming this year and a balance sheet that looks like the company is finally making a turnaround on its losses, the median price target of $14 appears easily attainable. Expert opinions are greatly divided, as reflected by GRWG’s low of $8 and high estimate of $50, but we feel that at its current price point, GrowGeneration offers nothing but good growth for 2022 and is likely to smash through its average forecast well before the year is done.

Despite being yet another non-pure-play cannabis company, Canada-based Village Farms International, Inc. is both dirt cheap and a formidable force in multiple sectors of the cannabis industry. At the beginning of April, VFF shares were down 24.55% year-to-date and 59.74% over the last twelve consecutive months. With a share price of just over $5, the stock is trading at about 21.15% away from its 52-week low of $4.16 and 63% away from its 52-week high of $13.80, which leaves ample room for growth this year. Even though Village Farms has been successfully shifting from growing produce to growing cannabis within their massive Canadian greenhouse infrastructure, cannabis-based products still only comprise 11% of sales, and wholesale cannabis flower only tallies 25%. There’s still a very long way for the company to go before it can consider its transition successful.

From the course of February to the end of March, Village Farms stock gained roughly 13.1% in just four weeks leading many investors to believe that the company is on the verge of a turnaround. However, industry analysts have been steadily lowering their estimates. For example, the median EPS for the quarter dropped by 125% over the month, showing a strong downward trend which typically translates to dwindling stock value. Furthermore, CEO Michael A. Degiglio offloaded 90,000 shares at a value of $478,800, which brought the average share price to $5.32 on April 1st, 2022. Even though the majority of analysts classify VFF as a buy with a median target of $12.60, a low of $5 and a high of $17 and marginally higher quarterly earnings of $0.03% per share than expected, we feel that Village Farms is a risky investment that could depreciate further in 2022 before it captures the market share needed to boom.

Hydroponics equipment supplier and manufacturer Hydrofarm Holdings Group Inc. operates out of Pennsylvania and is another company that focuses on a full spread of growing applications and products associated with cannabis rather than growing cannabis alone. The last financial year translated to outstanding growth for Hydrofarm Holdings, with the company reporting a 26.3% net sales increase in the fourth quarter of $110.4 million as opposed to the $87.4 million of 2020, with very reasonable gross profit of $18.7 million which is a full $2.7 million more than a year before. For the fiscal year as a whole, net sales were up 40.1%, and gross profit increased by 59.95% – all strong signs that the controlled environment agriculture enterprise is doing something right. HYFM is trading with an average price target of $28.20 with a low of $14 and a high of $36, and while classified as equal weight by the majority of analysts, we feel JP Morgan’s latest ‘Overweight’ rating is far more accurate.

Just like most stocks from the cannabis sector, Hydrofarm is trading very close to its 52-week low, and, as mentioned, the industry is touted to be ready to boom in 2022. Hydrofarm Holdings currently boasts earnings forecast to grow by 12.9% for the year, with significant growth expected over the next three financial periods. Revenue is growing roughly 8.5% faster than competing US companies. However, the Hydrofarm Holdings Group has a poor Return On Capital Employed (ROCE) of around 2.6% after falling from 25% five years ago. The current ROCE could be a sign that the company is reinvesting in growth, and if the capital generates returns as hoped, then shareholders are in for a boom but only in the long run. Nevertheless, as of April, $13.82 per share is still far from the 50-day moving average resistance of $17.28 and even further away from the 200-day resistance level of $34.62, which makes it likely that HYFM will likely settle far from its minimum estimate well before the end of the year.