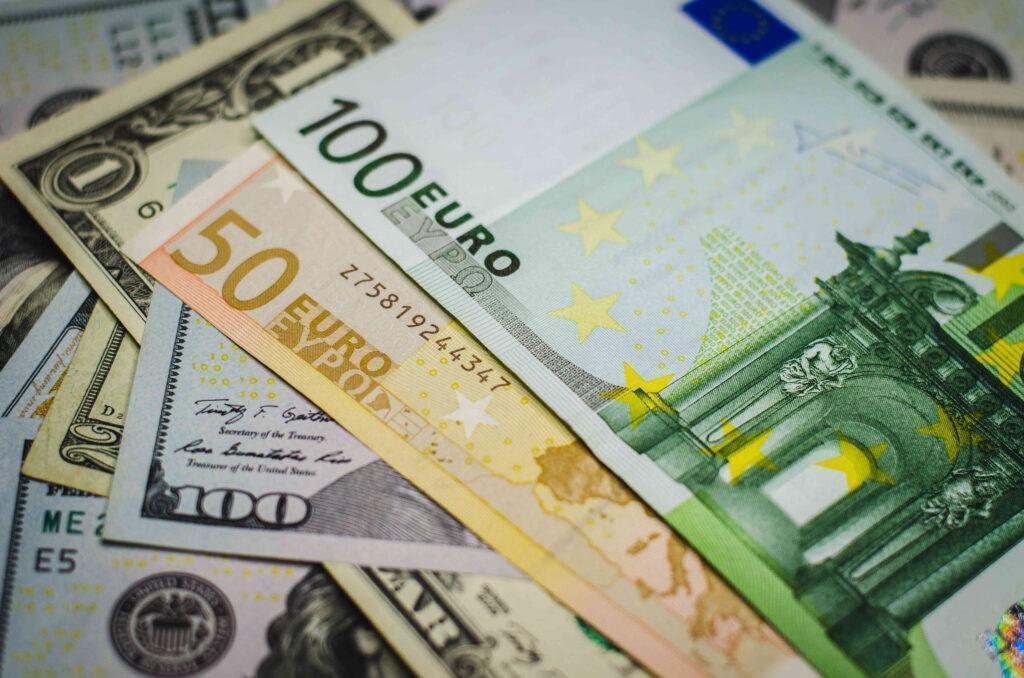 Russia’s decision to invade Ukraine has had a far-reaching impact on the worldwide economy, extending beyond the conflict region. Europe and the United States were swift to impose sanctions against Russia, and the repercussions have had a global impact.

Various countries have followed suit and announced new sanctions on Russia, such as New Zealand and South Korea. These punishment measures include restricted entry into various countries, blocking of assets, and prohibiting trade.

The US dollar and European Union’s euro have also been impacted by the sanctions, further affecting the financial decisions of investors.

Impact on the US dollar and euro

The ruble has taken a dive, stock values have dropped and world markets have increased in volatility. The value of certain commodities has risen in price, such as wheat futures hitting the highest in nearly 14 years.

When it comes to the impact of the sanctions on the dollar and euro, the different effects on the two currencies are stark.

Performance of the US dollar

During the first week of March, the US dollar rocketed, hitting the highest level since May 2020.

In 2021, the dollar accounted for 60% of global reserves. The liquid currency is highly tradable and backed by a strong economy.

Even so, there is concern about how restricted trade will impact the dollar in the future. For example, the United States imported $13 billion worth of mineral fuels and $1.4 billion worth of iron and steel in 2019, putting them in a trade deficit with Russia.  These resources are critical for manufacturing.

Performance of the euro

Sanctions imposed by the European Union were not necessarily a financially strategic decision, but rather a response to Russia’s military aggression.

While punishing Russia, European banks were also hit hard by the sanctions as various stocks experienced deep losses. Investors moved their assets to the dollar and more stable currencies, abandoning the euro.

The euro declined 1.15% to $1.1140 in early Asian trading. This drop set the euro on track for its largest one-day decline in nearly two years. Consider further examples;

Investors have responded to the sanctions of the west just as rapidly as the sanctions were imposed. The US dollar is considered the safest currency to hold and conflict in Ukraine has ignited a scramble for the dollar.

Since the invasion of Ukraine on February 24, 2022, and the subsequent sanctions, the European markets have lost their appeal. Euros are being sold in exchange for dollars as investors fear Europe’s geographical proximity to the conflict.

The future impact of the sanctions on the global economy is uncertain, as several analysts suspect that the west could break first. If the conflict in Ukraine, and subsequent sanctions, have revealed any trends it’s that change can happen incredibly fast.