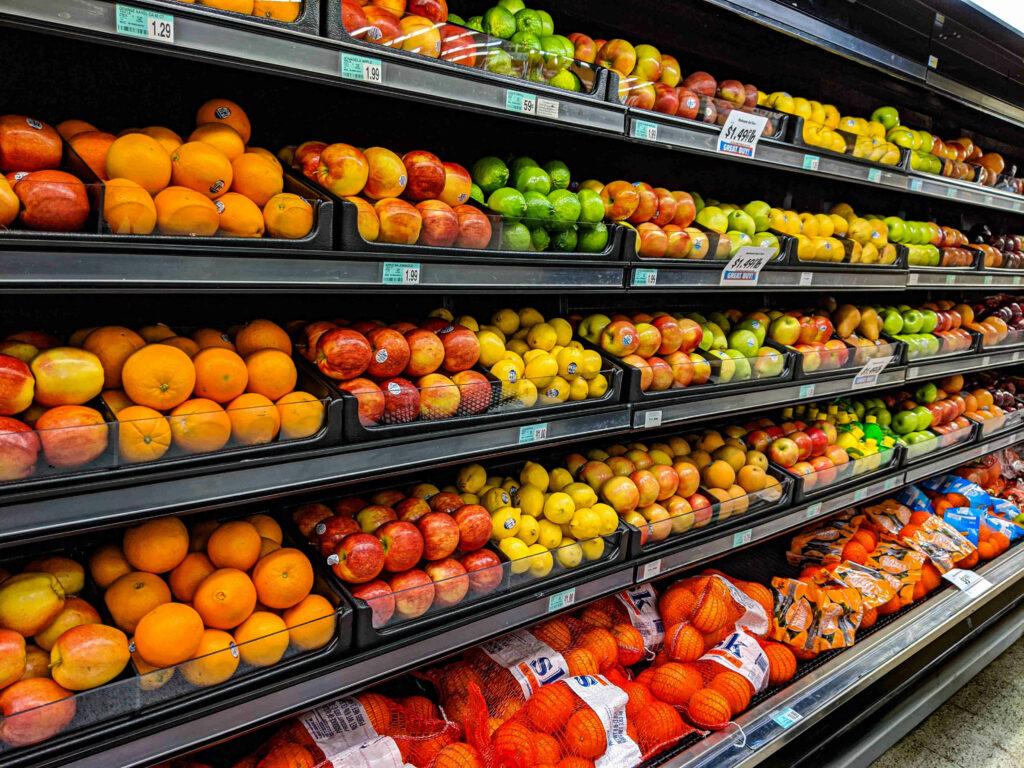 With the world riling under the effect of rising inflation, food inflation is felt the hardest by the greatest number of people. Large retailers are seeing surging profits despite having to resort to reducing package sizes or upping prices. After all, consumer staples are things no one can do without. We’ll be taking you through an overview of Carrefour, Sainsbury’s and Tesco, supplying a short to mid-term stock outlook for three of the biggest retail chains in Europe.

The eighth-largest retailer in the world, Carrefour, is finally beginning to recover after experiencing its worst financial quarter since early in 2020. As of three weeks into April, shares were trading so low that Carrefour has been receiving massive coverage as a potentially lucrative M&A target. At just €20.13, CRFSA stock is just 1.6% away from its 52-week high, and the momentum doesn’t appear to be slowing down. Shares are still reasonably priced despite being so close to the ceiling, as reflected by Carrefour SA’s P/E Ratio of 14.82 as compared to the average forward P/E ratio for the European retail sector of 48.68.

Carrefour SA finally breached its 200-day moving average, trading as high as €20.19 on Friday, April 15th. Analysts appear in agreement that the French retail giant’s stock is set to continue growing. JPMorgan last set a price forecast of €22.00 on February 17th. The Jeffries Financial Group reflects the same outlook at €22.00, while the Goldman Sachs Group objective of €18.50 has already been surpassed. All signs point to Carrefour SA handling inflation exceptionally well. After all, the company entered 2022 strong after generating a record cash flow topping €1 billion in 2021, and its Digital Retail Strategy 2026, aiming to triple e-commerce, is well underway.

Sainsbury’s was hit hard by the pandemic, but after announcing that it planned to shut down 200 cafes putting 2000 jobs at risk at the end of February 2022, investor sentiment plummeted, taking the share price with it. The choice to go with third-party providers and close 200 in-store cafes triggered a fall from 275.70 GHX on February 28th to an opening price of just 238.90 GBX as of midway through April 2022. Stock is currently trading within a range of 242.40 to 237.50 GBX with a very reasonable P/E ratio of 20.24. However, Sainsbury’s has recently fallen under immense scrutiny for not paying its workers a wage that matches their cost of living. Low-pay pressure is increasing the decline, with shares slipping just under 10% over the last month.

Industry analysts have recently lowered their estimates for J Sainsbury plc. The Jefferies Financial Group dropped their annual estimates on April 11th and forecast that Sainsbury’s will post earnings of $1.19 per share instead of their earlier estimate of $1.24. Furthermore, the company has recently announced directorate changes. Whether Jo Bertram joining the Board as a Non-Executive Director and Dame Susan Rice stepping down after nine years as Senior Independent Director will do anything for the company’s bearish trajectory, only time will tell. For the time being, SBRY has an average price target of 290.50 GBX with a low estimate of 230 and a high of 325. There’s room for 17% growth before the end of the year if the median forecast rings true, but given Sainsbury’s current challenges and ongoing downward trend, we’d wait a little longer for an entry point if deciding to invest at the bottom.

Tesco shares are primed for excellent growth after reporting considerable revenue growth for fiscal 2021-22. When the annual results arrived on April 13th, pre-tax profits were at their highest level since 2014 and exceeded £2 billion. It seems that Tesco has finally rebounded from its accounting scandal that saw the company handing out £194 million after being found guilty of fraudulently overstating profits by £263 million.

Year to date, Tesco PLC is down by just over 10%, but over the last twelve consecutive months, company stock has grown by 12.58%. Tesco warned that “significant uncertainties” lie ahead, which will drive up prices but also reminded investors that customer behaviour is returning to normal across the UK and that the profits are due to a “well-positioned competitive advantage” attributed to Tesco’s customer loyalty scheme and negotiating power with its suppliers. Earnings are expected to suffer as compared to last year, but this hasn’t stopped Tesco from recognizing the immense worth of its shares at the moment, as can be seen by the recently increased size of its buyback scheme.

Potential investors should factor in that the fantastic profits reported are just short of triple the profit of fiscal 2020-2021. That’s massive growth and momentum that’s not likely to slow down much despite the cost-of-living crisis plaguing Europe and the rest of the world. As of midway through April 2022, leading analysts have set a median price target of 319.17 with a low of 239 and a high of 350. With Tesco stock opening at around 266.30 in April, shares look on target to reach their average forecast at a minimum. There’s no ignoring the great value offered by the retail giant publically battling food inflation with a P/E ratio of 13.44 against its closest competition Aldis and drawing massive exposure in the process. Profits may indeed be slimmer than the previous year, but Tesco is still in for a great 2022.