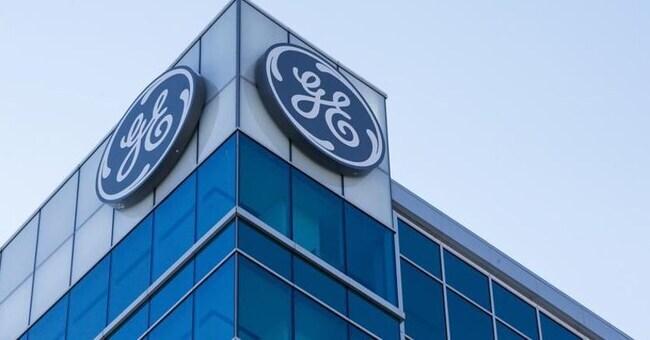 General Electric (GE) announced in late 2021 that it would spit into three different companies focused geared towards aviation, healthcare, and power respectively. Investors were happy with the move, rewarding GE stock with a push beyond $110 for the first time in months.

However, the stock’s momentum seems to have tanked after a potent combination of factors effectively shuttered the progress of the stock. These factors comprised of inflations fears, concerns about the omicron variant, and unrelenting supply chain headwinds.

The company’s Q4 2021 earnings report was solid, but the stock managed to underperform after the report came out. The main talking point was the 3 per cent year-on-year fall in revenue for the fourth quarter. In fact, it slipped 2 per cent for the full year. Management had initially called for low-single-digit organic revenue growth in 2021. Its more recent projection was for revenue to be roughly flat for a full year.

The industrial group reported multiple metrics for EPS (earnings per share) and free cash flow. This is normal, considering the ongoing transition to a new business structure, and what’s left of GE Capital is no longer regarded as a distinct entity. The change in reporting is also partly responsible for the company’s turnaround progress.

However, GE surpassed its full-year earnings and cash flow projections (retained under the old reporting system). Adjusted EPS came to $2.12, besting an initial target range of $1.20 to $2.00.

Industrial free cash flow also weighed in at a handsome $5.1 billion, or $5.8 billion gross if we account for the impact of GE stopping its factoring programs.

Is the Drop in Revenue Worth Worrying About?

A lack of demand is not responsible for General Electric’s decline in revenue. Supply chain issues hampered production, especially in healthcare. However, management is increasingly selective in the deals it goes after, preferring to improve earnings at the risk of sacrificing revenue growth.

In addition, GE bagged $79.4 billion worth of orders in 2021, organically upping this by 12 per cent year-on-year. Orders quickly went past General Electric’s organic industrial revenue of $70.2 billion, and building proper foundations for higher future revenue in 2022.

Why You Should Invest in GE Stock

With multiple tailwinds in its sails, GE looks set to do really well in 2022. it ended 2021 with the best books in a long time, reducing gross debt by $87 billion within 3 years. The company’s growing free cash flow and $13 billion bet on AerCap and Baker Hughes give it massive leeway to service debts well into 2022 and 2023.

Also, GE’s aviation interests look set to rebound strongly as the travel industry picks up after the pandemic and supply chain issues plateau. The aviation group did a 20 per cent operating margin last year, mirroring pre-pandemic levels. Sustaining this profitability level while growing revenue beyond 2019’s $32.9 billion benchmark could have GE doubling operating profit from the aviation business to around $7 billion in a few short years.

The three-way company split will ensure that high-margin aviation and healthcare will remain independent of the dithering power and renewables segments. The expectation is that this will make healthcare and aviation worth more than their current diluted valuations.

GE projects $5.5 to $6.5 billion in free cash flow in 2022. This makes GE’s current price a real bargain based on the company’s current market cap of $104.33 billion. The strong growth prospects of the aviation and healthcare segments, coupled with other less obvious reasons makes GE a steal without even considering too much technical analysis.