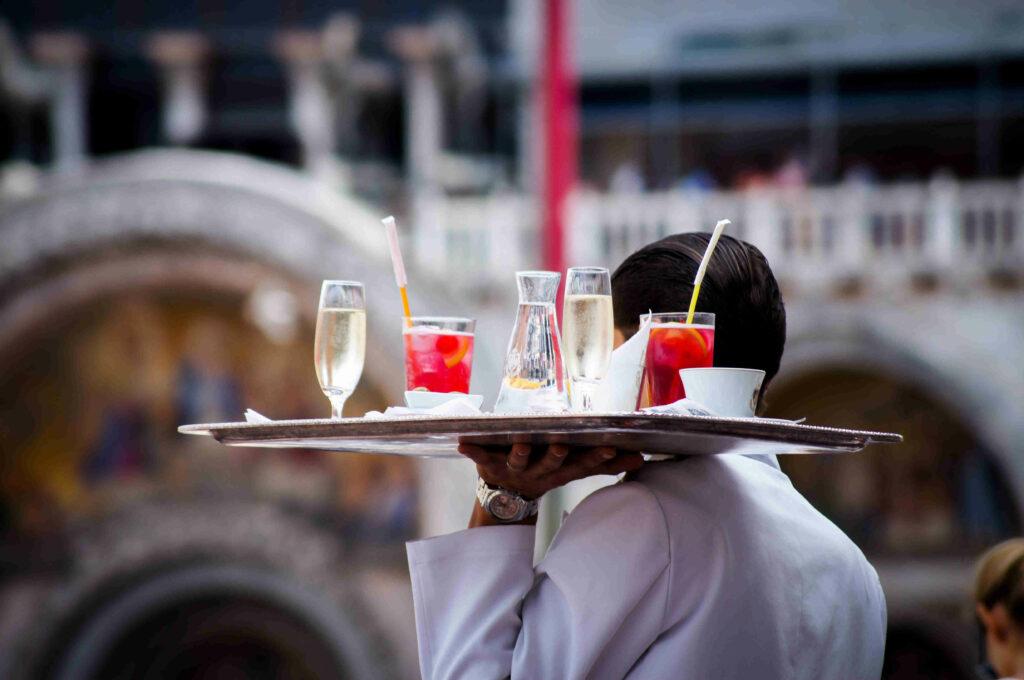 While the whole world felt the effect of the coronavirus pandemic, few industries were hurt as much as the hospitality sector. Even though companies have a long way to go before they can consider the industry recovered, the rebound is undoubtedly underway. Here is a look at five key hospitality stocks to watch and what we feel you can expect through the course of this year.

Founded 20 years ago, Wynn Resorts has remained a leader in the hospitality and gaming sector and currently operates six properties. With resorts in Las Vegas, Massachusetts and China, Wynn Resorts seized the Travel+ Leisure Global Vision Award in 2022 and is trading just 10% away from its 52-week low as of the first week in April. Operating revenues for the fourth quarter of fiscal 2021 were up by 53.5% to $1.05 billion as compared to the same period in 2020, but Wynn Resorts is still running at a net loss of -$1.54 per diluted share. Even though a loss, it’s still far better than the negative $2.45 seen in 2020. The consensus of thirteen industry analysts gives WYNN an average price forecast of $102 with a low of $73 and a high of $139.

Wynn Resorts attributes the growth amid difficult conditions to a “relentless focus on five-star hospitality and world-class experiences.” The company has recently launched WynnBET, an online sportsbook operating in six states in the US, an endeavour indicating its dedication to expansion, just as is seen by its recently strengthened third-party partnerships with NFL teams like the Detroit Lions and Colorado Rockies. There’s no arguing that WYNN stock is currently cheap at 15.73% down year-to-date and 59.52% over the last twelve months. Yet, when one analyzes options over the last few weeks, puts have been extremely popular, which may be an indication that Wynn Resorts stock could be struggling to break through its $84 resistance level. Shares may drop even further before beginning their climb, which is likely to only occur towards the end of the financial period.

Multinational hospitality giant Marriott International, Inc, which holds no less than thirty brands spanning 7,642 properties, is poised for a fantastic 2022. However, with Marriott stock trading just 11.5% away from its all-time high of $184.99 seen in February 2022 directly after the company’s fourth-quarter earnings report, many are questioning whether or not shares are too expensive for further significant gains. If the median price forecast of $175.09 is anything to go by, then stock at around $163 is good value, especially if MAR touches close to its high estimate of $208. Zacks estimates that Marriot will grow at a rate of 73% for the year but technical analysis hints toward most gains occurring in the second half of the year.

The world’s largest hospitality company is focused on digital expansion and customer loyalty programs and aims to fulfil the global demand for hotels. Marriott International is rebounding strongly, which leads us to believe that new investors should wait for the stock to pull back a bit from its current price in April, which had a very high Price to Earnings ratio of 48.93x. The 20-day Exponential Moving Average in the first week of April was seated at $170.26 and the 50-day at $167.81, both of which are strong technical indicators to sell rather than acquire stock at this point in time. This being said, investors are divided. The bullish camp believes a boom is coming, especially when you consider Marriott International’s place among the top ten profit leaders on the S&P 500.

With 18 brands spanning all facets of the hospitality industry, Hilton Worldwide Holdings Inc. is a well-established renowned player in hotels and resorts that appears on the verge of a massive rebound. At 8.85% up over the last month and 3.02% over the last six months compared to the slipping share value of most competing companies in the same period, Hilton Hotels is off to a fantastic first quarter. The Virginia-headquartered firm has first quarter Earnings Per Share growth estimated at 3,144.3%, which is overwhelmingly accepted to be an undoubtable sign that stock is about to boom. Hilton is one of the only ten companies listed on the S&P 500 to cite more than 300% profit. Only Marriott International comes close at 812%

Hilton Worldwide Holdings missed its fiscal 2021 earnings estimates but still managed to make the year its first profitable period. Despite the EPS falling short of analyst expectations, it was up to $1.47 from negative $2.58 in 2020. Revenue was in line with forecasts and is projected to grow 229% this year as opposed to the 123% forecast for the industry. All signs point to outstanding potential growth for HLT. The average consensus of nineteen leading industry analysts gives Hilton stock a target of $155 with a high forecast of $179 and a low of $136. Annual performance relative to other S&P 500 stocks, historical gains, and the booming hospitality industry makes it unlikely for shares to slip. Even with its high P/E ratio of 100.69x, we still feel that trading around $144.71 makes HLT good value.

Timeshare titan Travel + Leisure Co., which formerly traded as Wyndham Destinations, Inc. and Wyndham Worldwide Corporation, reported strong results for fiscal 2021. After paying a quarterly dividend of $0.40 instead of the projected $0.35 on March 31st, the Travel + Leisure company has delivered a dividend yield of more than 3%, indicating that further growth is likely. Furthermore, the company has resumed its share buyback program, which normally means the company considers its stock is undervalued.

Travel + Leisure expects adjusted EBITDA to reach between $160 million to $170 million in 2022’s, growing from $129 million in the same period of 2021, but we’ll all have to wait until April 29th for its Q1 results. The trading price hovering around $50.21 is just 8.8% away from the 52-week low, and for the first time in over twelve months, the timeshare exchange service provider is reporting meagre growth of 1.95% between March and April. When we take into consideration the current low, its ultra-low P/E ratio of 14.02, and the Stochastic %K falling well below 20 at 7.56, it looks like TNL is trading below its fair value and is, therefore, a strong buy.

For the last four consecutive quarters, MGM has beat its EPS estimates. The basic EPS for fiscal 2021 rose to $2.41 from 2020s $2.02 but still didn’t quite catch up to the pre-corona level of $3.88. There are several key indicators that are likely to confirm a strong rebound from MGM Resorts International. Already, 2022 has brought a $2 billion share buyback program as the company attempts to regain stock that it feels has “tremendous value.” MGM also launched the joint venture BetMGM with Entain in Ontario, expanding its coverage while securing new partnerships with hockey legends like Wayne Gretzky and Connor McDavid as an example of its intelligent outreach touted to rival TheScore, Canada’s foremost sportsbook. Wall Street analysts have set an average price objective of $56 for MGM shares, with a low of $45 and a high of $76. We feel surpassing the average forecast is likely, with the majority of share growth arriving in the first half of fiscal 2022.