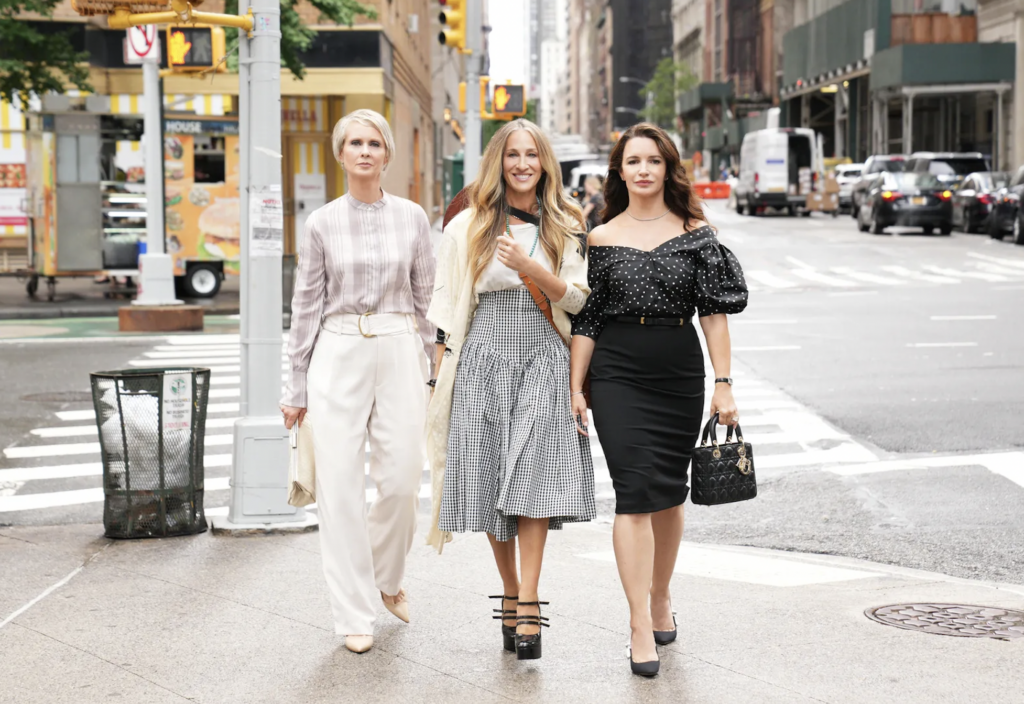 Everyone remembers the deaths of their favorite fictional characters from books, movies, and TV shows. It’s a plot device used by beloved literary authors for centuries that continues to surface today in all forms of entertainment. Why are those deaths so hard for us to take? Because creating empathy for characters is not only a talent, it is also psychological. When an author draws us into a story and makes us love or even hate a character, that means that we will care enough to follow the story to its conclusion because we have made the necessary emotional investment. It’s how writers and authors have kept fans hooked for hundreds of years.

It’s no different in the case of the death of John James Preston, affectionately known as Mr. Big on “Sex and the City.” In the new follow-up series, “And Just Like That,” Big dies in the first episode. We watch as Big finishes his 45-minute workout on what is portrayed to be a Peloton exercise bike. The Peloton screen and the work-out coach are presented to more than insinuate that Mr. Big was using a Peloton machine. But things go downhill from there. He clutches his left arm, winces in pain, and sinks to the floor. Enter Carrie who has evidently been out. She finds him on the floor in pain. Her reaction is to hold him as he dies in her arms.

Poetic, painful, and fictional. Chris Noth, the actor who played Big, is alive and well and appearing on the TV series “The Equalizer” with Queen Latifah. But that is not the end of the story.

Peloton’s stock has taken a huge hit since the death of Mr. Big, presumably because fans have misguidedly blamed Peloton Interactive, Inc., for the death. A death that never happened. In spite of that, Peloton’s stock value has dropped by at least 11.3 percent since the episode premiered. Why? We see that psychological connection at work that the writers of “Sex and the City” created and nurtured in their fans. Is that fair to Peloton?

No, it isn’t. Peloton executives have stated that they were never asked for permission for HBO to use Peloton equipment in the episode. The way the exercise bike was portrayed was deliberate to equate it to a Peloton machine. Michael Patrick King, the creator of “Sex and the City,” has stated that the death of Mr. Big was brought to fruition in order to force Carrie Bradshaw, Big’s current wife, into a deeper exploration of her relationship with herself. What about the damage that was done to Peloton’s relationship with the show’s fans and the general public? How should companies proceed with the idea of having their products featured in movies and TV shows?

There are myriad examples of products being featured, worn, and used with favorable results in the “Sex and the City” episodes and movies. Manolo Blahnik, Dolce and Gabbana, Jimmy Choo, Louis Vuitton, and countless other designers and their products were all presented as being attractive and desirable to fans.

A notable recent example of the collaboration of a company’s product with a TV show was in 2015. The Blacklist teamed up with the Ford Motor Company to use the exciting, charismatic character of Tom Keen to showcase the 2015 Ford Mustang in a commercial for both the show and the automobile. In 2016, the Ford Motor Company announced that its Mustang was Ford’s best-selling coupe on a global scale and that demand for it was continuing to increase. This serves as the ideal example for these transactions to be negotiated in the future. Everyone was on board and the terms of the agreement were carried out to the benefit of all parties.

Using a TV show or a movie to market a product is not new. For the most part, it’s a highly successful strategy that will continue to be used in the future. If companies like Peloton Interactive, Inc., continue to suffer damage from the depiction of their products in situations that are not meant to market the product advantageously yet give enough details to point to the identity of the product in a bad light, it will necessitate the revisitation of the current rule about using products without permission. As it stands, products can be used in TV shows and movies as long as they are being used as intended and do not negatively defame the product or the manufacturer. In this case, harm was done to Peloton Interactive, Inc., as evidenced by the drop in their stock value on the very next day after the show’s premiere. Only time can tell us how this episode will end.