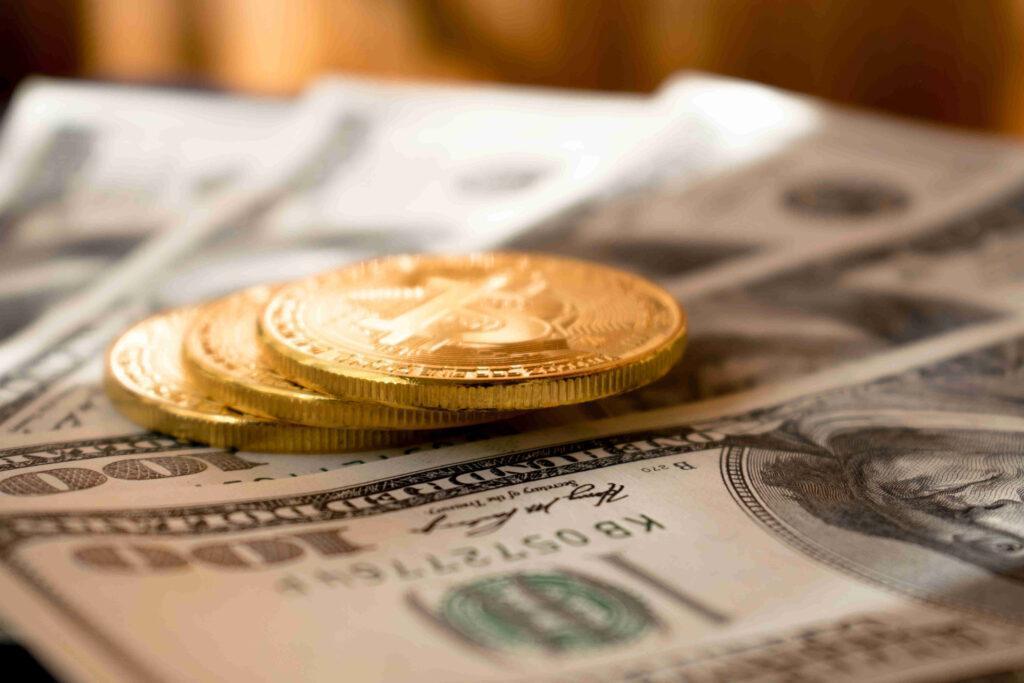 JPMorgan Chase & Co. boasts reliable historical performance, with stock gains topping 70% over the last five years. Thanks to minimal loan losses and a string of successful corporate deals during the pandemic, the company reported the best revenue year at a whopping $48.3 billion. Unfortunately, poor income forecasts and significantly higher expenses over 2022 to 2023 overshadowed any news of revenues bringing the company’s share price down during the first quarter.

Investor sentiment throughout January suffered after hearing that company earnings had declined 14% in the last quarter. When combined with the stern warning from CFO Jeremy Barnum that the bank will likely be subject to a “couple of years of sub-target returns,” a steady sell-off started. Immediately following the final quarter earnings report for fiscal 2021 on January 18th, 2022, shares plummeted 4.2%, starting off a steady decline that resulted in a 6% fall at its worst over the coming days.

JPMorgan has been turning for quite some time since starting its tumble in January, leading many investors to question whether or not there’s still any room for growth. Even though we’re not at the recent bottom of $144.95 seen on January 21st, 2022, the market price of $155 as of three weeks into February is still only about 10% away from the 52-week low. Given the rock-solid stability of JPM stock over the last five years and more, many investors are beginning to use the sell-off as an opportunity for portfolio diversity, profit, and potential dividends for those in it for the long haul.

Despite a slashing of share prospects by leading Wall Street analysts across the board, JPMorgan shares still have decent room for growth this year. Analysts have a median target of $175 for JPM with a high of $200 and a dizzying low of $125. As we all know, anything could happen, but JPMorgan Chase & Co. would have to suffer a worse year than we’ve seen in a long time to drop by almost $15 past the lowest share price we’ve seen in 52 weeks. Yet, potential investors should keep in mind that the annual return on investment will be limited given JP Morgan’s trend for performance that’s lagged behind the S&P 500 since 1986, even if favourable scenarios do pan out for 2022.

Deciding whether to invest in JPMorgan during the dip is a different decision for short and long-term investors. Knowing that the banking giant is likely to miss its return on equity targets over 2022 and 2023 is an opportunity to snap up stock for the long haul while certain short to mid-term investors are offloading. Stocks are trading with a price-to-earnings ratio that’s only ten times the company’s trailing earnings, and the dividend yield falls at 2.5%, which makes JPM shares presently well priced. Even when looking at the 12-month price objective average, average to high forecasts grant a spread for gains of a very reasonable 11% to 22%

Consider Waiting For A Further Dip

Long-term investors may not need to wait for JPM shares to dip beneath the $155 to $150 level, but we feel that anyone looking to gain off this year’s growth should consider waiting for a little longer on the chances that stock will drop even more. After all, bank stocks are off to a rough start to 2022. This being said, we wouldn’t tether on a fence for too long because JPMorgan has an exciting year coming up, which should lift its share price significantly in the second half of the year. The company became the first bank in virtual reality after launching a lounge in Decentraland on February 16th, which is likely to have both an immediate and ongoing effect on share prices. There’s also the ongoing investment in Asia, which can only be a good thing for JPMorgan Chase & Co in the long term despite the controversy.