Microconductor Stocks To Watch In 2022 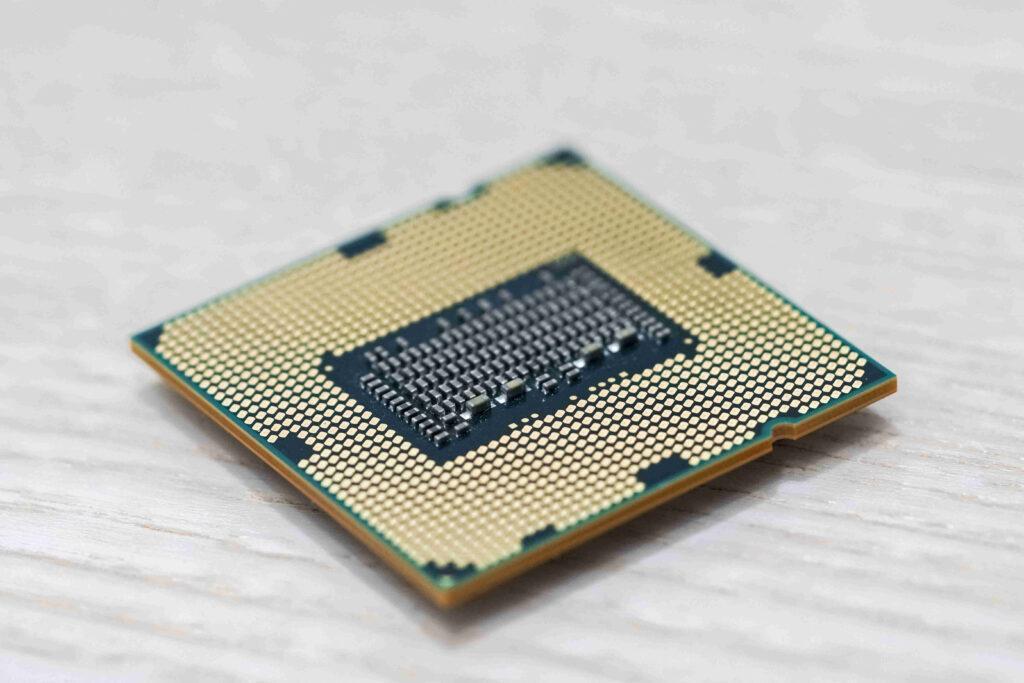 Ongoing supply chain difficulties have brought the world into a chip shortage that’s inflated the price of processing to unparalleled highs. As complex computing technologies demand faster and faster processors across an ever-increasing range of industries from computing and blockchain to automotive technologies, semiconductor stock prices steadily rise. With the world returning to a semblance of normality and demand higher than it’s been in years, there’s no better time to capitalise on semiconductors. Here is a look at six of the hottest semiconductor stocks to watch.

Intel has had enough supply chain difficulties as the company recently announced that it is constructing not one but two gigantic $18 billion factories in Magdeburg, East Germany. Intel Corp. will be pouring a total of $88 billion into European chip manufacturing over the next decade and also recently opened two new facilities in Arizona and Ohio. Despite doing their best to catch up with demand, Intel’s German complex will only be operational in 2027. Intel will be bankrolling investments for quite some time before fruiting rewards.

Over the last twelve months, INTC has been down 30.83%, with a 15.79% drop since the opening price at the beginning of 2022. Even after a downgraded price target and rating set before news of the mammoth European expansion, Intel was trading at a very reasonable 9.22x Price to Earnings Ratio compared to the industry average of 31.7x. At around $45.53 as of midway through March, Intel stock is just 13% away from its median price objective of $52.54, with a low of $40 and a high of $70. We feel that the effects of the expansion will only begin gaining momentum by the end of the year, which leaves some room for growth given the current estimates with very little risk. Intel may, however, end up surprising us, which makes its current price a potentially good entry point for new investors.

The world’s largest manufacturer of analogue technology components, Texas Instruments Inc. is largely considered a rock-solid dividend-paying investment within semiconductor stocks. After all, quarterly dividends at between $2.01 and $2.29. per share for 2022, which has been raised year after year for eighteen years combined with a payout ratio of just under 62%, certainly is an attractive proposition for long-term investors looking for stability. Just last year, the company returned $4.4 billion out of $8.8 billion operating cash flow to investors via dividends and stock buybacks. This is not to mention how Texas Instruments managed to grow their revenue by 19% in 2021 as compared to the meagre 3% year-over-year increase exhibited by Intel.

Texas Instruments Incorporated started the year strong after exceeding Wall Street estimates with $4.8 billion in revenue and $2.27 EPS for the fourth quarter. Over the last month, TXN stock is up marginally by 2.43%, but it’s down 9.59% for the year, which is a movement of $18.28. This is significantly more than the 52-week change halfway through May of just 7.384, marking an attractive entry point for anyone who wants to capitalise on the dividends and relative security that comes with the company’s stability. After raising estimates by just under 20%, analysts have set an average price target of 199.00 with a high of 240 and a low of 150. For 2022, revenue is up 18.55%, net income has risen 26.66%, and operating income is flowing into the business at a whopping 40.5%. We’re confident that TXN will pay another great dividend and exceed the average price forecast before the end of the year.

Massachusetts-based semiconductor manufacturer Analog Devices Inc. has entered the year with good momentum, which seems likely to hold when considering the recently released results of the first quarter. Analog Devices reported adjusted earnings for fiscal 2022 of $1.94 per share, which is 8.4% above estimates, equating to a 35%-year-over-year increase. Revenue rose a massive 72% year-over-year, marginally beating estimates as well. Midway through March, ADI stock was trading at $150.92, which is a 14.1% year-to-date price change. Given how the company recently concluded a $2.5 billion accelerated share buyback program indicating that they feel stock is undervalued combined with the low price point, many traders are considering Analog for decent potential gains by the end of the year.

Wall Street analysts place the average price objective for ADI at $199.08 by February of 2023, which is just under 30% away from the current share price. With a low median forecast seated at $153.15 and Analog Devices boasting a year of change and expansion, we feel reaching the high target of $225 is far more likely. After all, Analog hired in a new Executive Vice President and President of Business Units on March 7th, bringing in the expertise of former Intel-exec Gregory Bryant, and the company is pouring a massive $110 million over three years into a chipmaking plant termed ADI Catalyst in Ireland.

Two years ago, United Microelectronics Corporation stock was worth as little as $2.16. The chip shortage combined with smart movement into broader markets has secured UMC steady growth and a trading price hovering around $9.40 as of halfway through March 2022. UMC shares are down just under 20% year-to-date making the current price great value for anyone looking for a potentially lucrative entry point. Furthermore, the stock is trading with a forward Price to Earnings ratio of just 8.65, which is a bargain compared to the industry average of 19.49, and competing companies like Taiwan Semiconductor Manufacturing at 32.2. Even UMC itself traded with a forward PE ratio of 20.05 within the last year.

The Taiwanese semiconductor foundry ended its fourth quarter of 2021 ahead of estimates with $2.14 billion in revenue. While manufacturing capacity is steadily on the rise, the differentiating factor between the United Microelectronics Corporation and other semiconductor manufacturers is that manufacturing is honed towards producing wafers between 28 nm and 90 nm, which competitors TSMC and Samsung are largely abandoning in lure of focusing on smaller processors. Industry analysts expect wafer pricing to rise by roughly 20% between 2022 and 2033, while demand is surging at a CAGR of 8.8%. UMC currently has a median price objective of $12.98, with a low of $8.62 and a high of $16.70 which places the average estimate 27.96% away. We feel that tight supply and UMC’s targeting of the low-end semiconductor market is going to translate to good growth far exceeding estimates.

Israeli high-end inspection and metrology manufacturer for the semiconductor industry, Camtek Ltd., is currently trading at over 31.8% down in value from its opening price at the very beginning of 2022. Yet, Camtek boasts a 73% year-over-year increase in revenue, reporting a considerable $269.7 million for 2021, which is a 53% year-on-year increase over 2020. Margins are high at 26%, and 28.8% non-GAAP operating income and cash flow is fantastic at 21.5% as of the end of the fourth quarter of 2021. All this points to a fantastic share price for anyone considering an investment at the up-and-coming semiconductor stock.

Camtek is confident that 2022 is another year of growth. CEO Rafi Amit shared that the company had a “healthy backlog and strong flow of orders” in the first half of the year. There’s certainly a lot of room for growth for CAMT stock, and if the company is right, a lot of momentum will be built in the first two quarters of 2022. Wall Street analysts have set an average price target of $48, which is just over $52 away from the opening price as of halfway through March. Even if Camtek Ltd. only attains its low of estimate of $48, there are still good gains to be had. We and most leading analysts declare CAMT a strong buy.

Ambarella is beginning to look like one of the hottest automotive chip companies this year. It took Ambarella just three years to double its stock price, and that’s withstanding the sell-off that made shares plummet, but over 60% Fiscal 2022 delivered record-breaking revenue of $332 million, which was a 49% year-over-year increase. There is massive variation between the high and low estimates from Wall Street Analysts, but with an average of $178, a high of $260 and a low of $130, the March trading price of $94.87 is a steal.

Despite being a hot stock, Ambarella is equally volatile. Even though very low compared to the last few years, the current price still has a forward PE ratio of 32.91, which is almost double that of the 19x US industry standard. There’s also the fact that the company has very low free cash flow reserves and all profits go back into R&D. If the Federal Reserve hikes rates too high, growth stocks like AMBA will suffer. However, if you’re confident self-driving vehicles and AI-based automotive technology will boom this year, the inflation risks are minimal.

Monolithic Power Systems, Inc. boasts outstanding dividend income for those who’ve been holding over the last few years and appears set to continue delivering both growth and dividends over the long term. Monolithic works in collaboration with third-party chip manufacturers and chip assembly lines but configures all third-party manufacturing equipment with its own unique process technology. Over 2022, the EPS, which was already announced to be lifted to $0.75 in March, is expected to rise by a further 30.9%.

Dividends aside, Monolithic Power Systems has excellent growth and has seen its share price climb no less than 420% over five years. When combining the dividend with average yearly returns, Monolithic has provided shareholders with a 19% return over one year, or 40% a year over five years. With a PE ratio of 89.35, MPWR stock certainly isn’t cheap. However, shares are down just over 8.8% year to date as of midway through March, which offers a marginal break on the consistently rising value, climbing 34.39% over the last year alone.