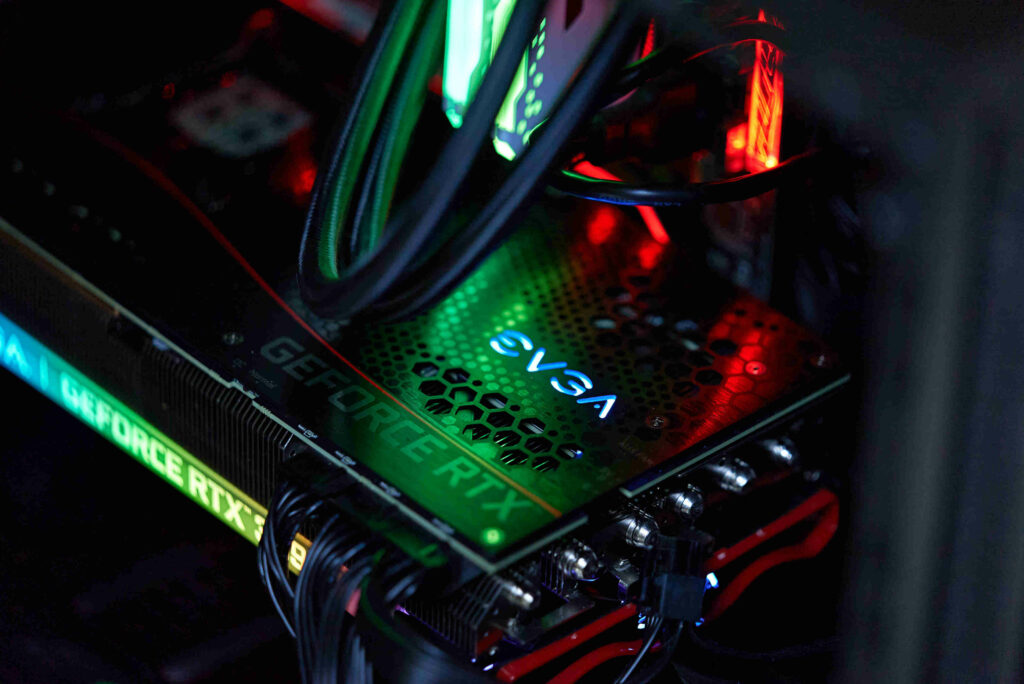 NVIDIA is leading the charge with semiconductor development, coming a long way since the invention of the graphic processing unit (GPU) that sparked the growth of the gaming market in 1990.

More recently, NVIDIA has been making news for different reasons, including a dip in its stock price and the alleged testing of its fastest next-gen GPU.

With all of these developments, what does this mean for NVIDIA stocks, and should investors consider adding NVIDIA to their portfolio?

Traded on NASDAQ under the NVDA symbol, the stocks reached an all-time high on November 29, 2021, closing at $333.76. NVIDIA shares have steadily increased in value over the years, matching the importance and potential of technology and innovative industries.

Since entering the stock market, the price of NVIDIA shares has fluctuated according to the market, recently closing at $217,83 on April 19, 2022.

While other chip maker companies, such as Intel and AMD, have entered the market in the previous two decades, NVIDIA has maintained dominance regarding market cap. Following closely is the Taiwan Semi.

Recently, on Monday, April 18, 2022, shares zigzagged throughout the day, showcasing volatility. This movement is a small example of the broader trend, which finds NVIDIA stocks up 38% over the last 52 weeks, and down 34% over the last five months.

The Future for NVIDIA

NVIDIA seems to be an attractive stock, with an upward trend in earnings estimates. Arguably the leading semiconductor stock right now, stock prices are high, and the product is influenced by economic and political factors. Analysts believe that NVIDIA is far ahead of its competitors, although there is a scramble to produce the most optimised hardware on the market.

There are a few considerations to keep in mind when adding NVIDIA stocks to your investment portfolio.

One of the most important is the impact of crypto mining on NVIDIA’s revenue. For example, Bitcoin’s crash in 2018 affected NVIDIA sales, leading to an oversupply of NVIDIA graphic chips as cryptocurrency activity slowed down. However, a cryptocurrency-related weakness is expected to be limited and short-lived.

Another concern is NVIDIA’s debt, estimated at $10.9 billion in January 2022. However, experts surmise that NVIDIA’s balance sheet appears reliable and that the organisation’s use of debt is not risky.