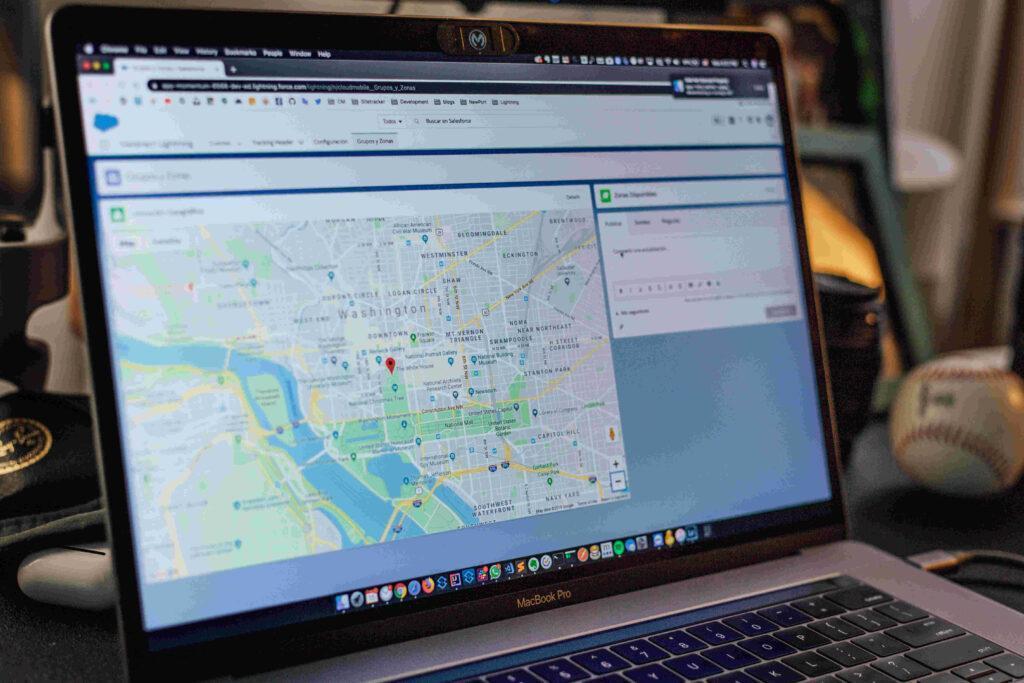 The king of cloud computing, Salesforce.com Inc., holds just under a fifth of the global customer relationship management market and has tripled its share price over the last five years. With closest competitors Adobe, SAP, Microsoft and Oracle holding a combined market share that was a full 2% lower than Salesforce, it’s unlikely that anyone will be catching up anytime in the foreseeable future. Couple this with how Salesforce smashed analyst estimates for its quarterly and annual forecasts, and CRM starts to look like a hot stock especially considering its current low.

Excellent Performance From The CRM Leader

As of the beginning of the second week of February 2022, CRM opened at $203,45, which is just 9.6% away from its 52-week low of $184,44 – a price that we consider to be a steal. Not only does this leave massive room for huge gains given the median Wall Street analyst price objective of $300 with a high of $385 and a low of $222, but Salesforce also recently raised its revenue guidance for fiscal 2023. Revenue is expected to continue growing at 24% year-over-year through the first quarter of 2023, which is 2% lower than the 26% year-over-year revenue in 2021 that outperformed forecasts by $80 million. If this is telling us anything, it is that Salesforce stock should begin gaining significantly from the middle to end of the year.

The only worry that bearish investors have concerning Salesforce is its apparent reliance on acquisitions to propel steady company growth. Naysayers feel that incorporating too many companies will put immense strain on its operating margins. However, Chief Operating Officer Bret Taylor was quick to quell these worries, stating during a conference call with investors that the company’s focus is solely on integrating Slack into all hosted applications. All M&As are on pause for the near future. He also added that fiscal 2022 marked a milestone in cash flow for the company, rising 25% year over year to $6 billion.

The only other acquisition for the year will be the Salesforce consulting and application development firm Traction on Demand adding $75 million in revenue to a company that topped $21.25 billion in fiscal 2021. There’s no chance of this diluting share value. Furthermore, the company’s operating profit margin not tied to GAAP is expected to rise to 20% from 18.7%, and the GAAP operating profit margin is expected to climb from 2.1% to 3.6% by fiscal 2023, which shows that Salesforce is certainly not suffering from dwindling margins. Only time will tell if the company famous for acquiring other technology companies will end up adding more tech to its brand towards the close of 2022, but so far, it doesn’t seem likely.

With the company’s largest-ever acquisition complete and integration well on the way, as well as a plan-of-action ongoing to hit $50 billion in annual revenue by 2026, Salesforce stock may actually be good value even though it’s trading at 38 times trailing-12-month free cash flow. Morgan Stanley analyst Keith Weiss certainly seems to think so, as reflected by his March 5th adjustment to a $360 price target and ‘Overweight’ rating. The slowing down of large M&As should translate to fantastic growth in the first half of the year, fueled by outstanding fourth-quarter performance, and followed by fairly stable long-term gains. Investors should note that the CRM giant managed to rake in $32.1 billion in revenue for 2021, which is just 35.9% away from their goal, which is a lengthy four years away. At 26% year-on-year revenue growth in the last quarter that looks more than capable of speeding up, we’re confident Salesforce will reach its target in record time.