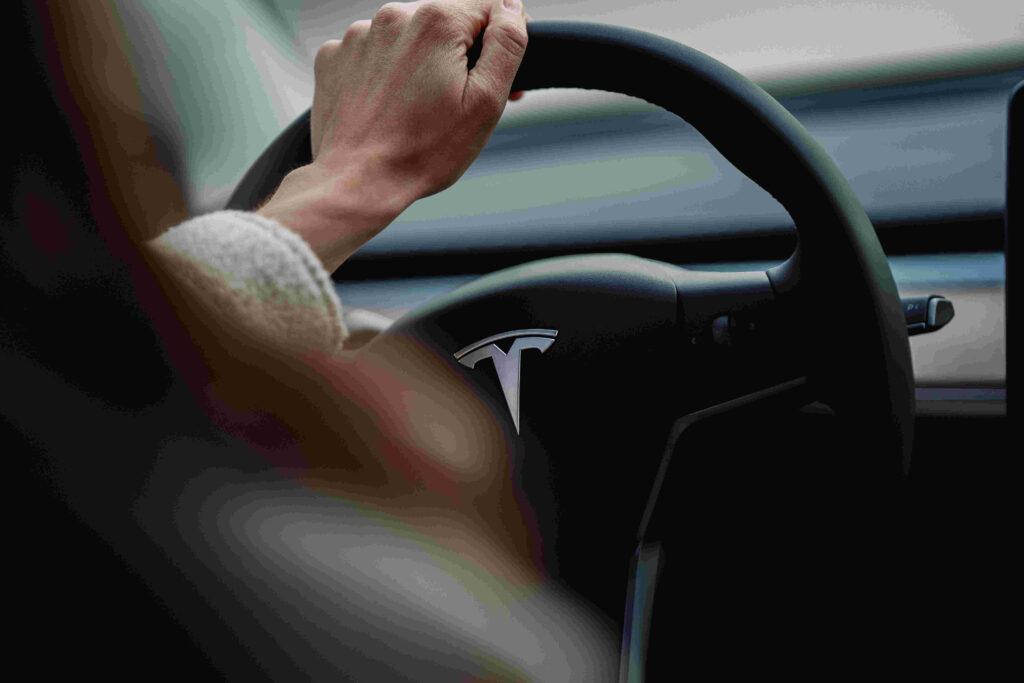 Despite a recent dip, Tesla Inc. (TSLA.O) stocks already had a stellar 2021. The EV company broke its $913-billion market cap on October 22 to rise to $1.21 trillion in market value. This makes Tesla the fifth company, and the first ever car manufacturer, to break past the trillion-dollar benchmark.

While some asset analysts feel this may point to a “Tesla bubble,” expecting a looming price adjustment soon, most experts are far more bullish. Such as Cathie Wood, from ARK Invest, who believes Tesla should pass $3 trillion in market value by 2025.

EVs have officially gone mainstream. Our cliff-notes on Tesla’s risks and opportunities.

Global consumer demand is fueling an enduring excitement for electric vehicles, brought into sharper relief amid gas-price surges and climate chaos. Even the U.S. Infrastructure Bill is expected to help the EV industry.

While carmakers wade into the EV market, Tesla has already eclipsed them. By this October, Tesla’s value was worth the 9 largest automakers in the world, combined—including Volkswagen and Toyota.

What launched Tesla past the trillion-dollar bar recently was Hertz’s decision to purchase 100,000 EVs from Tesla by close of 2022. Hertz is also building some 3,000 supercharging stations in the U.S. and Europe, with plans to rent 50,000 Tesla EVs to Uber drivers by 2023.

The intense demand created a backlog for Tesla vehicles. In America and Europe, Tesla’s Model 3 has sold out. This is making higher priced models—with higher stickers and margins—move faster. To meet demand, Tesla is ramping up production and building a ‘gigafactory’ in Texas.

The global move to eco-friendly vehicles could be impacted by the steady rise in cost of raw materials, amid marked inflation and global supply-chain issues. This could hamper a company bent on ramping up vehicle production in a way not seen since Ford’s Model T.

Regulatory changes could also significantly affect Tesla, notably its current ability to sell millions of dollars annually in carbon credits to competitors. This is how Tesla’s net worth shot up in recent years, from selling their zero-emission vehicle (ZEV) credits to U.S. car manufacturers.

Capital.com notes the ‘Relative Strength Index’ on Tesla is showing “a bearish divergence that indicates a steady decline in Tesla’s positive momentum.”

These factors could spell a significant price adjustment.

Tesla’s recent dip occurred after its CE Elon Musk took a Twitter poll asking if he should sell 10% of his Tesla stocks to cover his U.S. tax obligations. A reported 58% said he should. He then sold at least $5 billion worth; as did several on Tesla’s Board.

That dip cost Tesla stockholders around $200 billion. Though new investors were able to snag Tesla stock as it dipped under $1,000 per share.

Elon Musk is known for being equal parts innovator and disruptive. One of his fans, finance expert Ross Gerber from Gerber Kawasaki, recently said to Yahoo news: “I call it Elon risk.”

Recent public spats include denigrating ‘Bernie Sanders standards’ for making the wealthy pay more taxes, as well as ongoing legal battles with the NLRB, UAW and factory workers who want to unionize.

All of this may affect public perception and market growth.

Most financial forecasts see Tesla stocks nearly doubling next year, and continuing to rise through at least 2025. Day traders especially may want to employ instruments such as CFDs to profit from both Tesla’s growth as well as its potential for volatility.

For our private recommendations on Tesla in 2022, reach out.

The opinions expressed in this article are those of the writer, subject to Flexi Stax LTD compliance Publishing Guidelines.