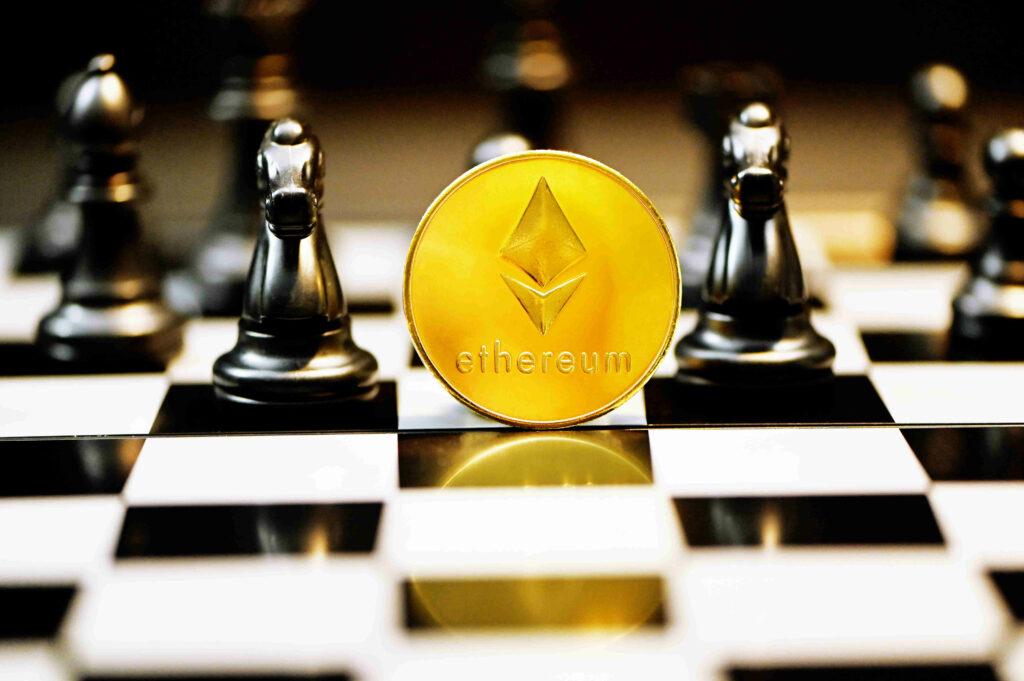 For anybody who’s familiar with the world of cryptocurrency, particularly Ethereum, the Merge is a pretty big deal.

It’s going to transform the Ethereum blockchain from a proof-of-work (PoF) mechanism to a proof-of-stake (PoS) mechanism.

What does that mean?

PoF algorithms currently secure most major cryptocurrencies, including Ethereum and Bitcoin. This system lets digital currencies operate without a defined leader in charge or tracking every use on the currency’s blockchain.

PoF allows cryptocurrencies to maintain their decentralised nature while preventing people from “double-spending” their coins and artificially overinflating supply.

The problems with PoF are that it requires huge amounts of energy to operate.

In the case of Bitcoin, the currency uses the same amount of energy per year as Switzerland because of its PoF algorithm.

Furthermore, the development of large mining pools within a PoF system means that the goal of maintaining a leaderless currency is undermined by these large pools having more control over the currency’s future.

Ethereum’s switch to a PoS mechanism is supposed to solve many of these problems.

Under PoS, a cryptocurrency still has protection against the double-printing problem. Plus, the network becomes more scalable and requires less energy to run, making the attached currency more sustainable.

Hence, the Merge and the ongoing transition of Ethereum into what is being dubbed Ethereum 2.0.

But there’s a problem.

Recently, the Ethereum Beacon Chain, which is a crucial part of the success of Ethereum, experienced a glitch. And that glitch may represent a huge security risk for the future of the digital currency.

What Was the Glitch?

At the end of May 2022, the Ethereum Beacon Chain experienced something called a “reorganisation.”

A reorganisation can occur for several reasons, including a coding bug or a network failure. However, the most worrying cause is a malicious attack on the chain.

Why would somebody attack the beacon chain?

Reorganisations lead to the affected chain being duplicated temporarily. The longer the reorganisation is, the more risk is presented to the chain.

Through a reorganisation, an attacker can essentially rewrite the history of the chain, creating several worrying possibilities.

These include that attack stealing other people’s cryptocurrency and rewriting the chain’s history, so there is no record of the theft or the previous owners having owned the stolen currency.

To reorganisation that affected the Beacon Chain is particularly worrying because it lasted for seven blocks. This is the longest reorganisation in several years and it could be a hint that the beacon chain is vulnerable to attack.

Why Is This a Problem?

The Beacon Chain was launched in 2020 to provide native staking functionality to Ethereum. This allows people to pledge assets to a network, which is the main mechanism through which validators can become able to add new blocks to a chain.

This mechanism is key to the PoS model that Ethereum is working towards in the Merge.

So, a reorganisation of the Beacon Chain presents some serious problems.

The most immediate is that the glitch will result in a delay in the Merge, meaning we have to wait a little longer for Ethereum 2.0.

Investors who gambled on an on-time launch may be disappointed, especially if the delay causes a decline in confidence surrounding Ethereum.

Over the long term, the reorganisation is more worrying.

It suggests that the Beacon Chain is open to attack and is not as stable as it needs to be, if it’s supposed to act as the lynchpin for a new era in Ethereum.

Now, consider this. A reorganisation in a blockchain can occur when two miners attempt to add comparable blocks at the same time.

This creates a fork in the chain, with the miner who adds the next block after the fork is created being responsible for choosing the correct chain. Once that chain is chosen, the other is lost forever.

Each block contains between 200 and 300 transactions and has an approximate value of 2 Ethereum. As such, a seven-block reorganisation has the potential to wipe out up to 2,100 transactions, which has a massive effect on digital currency investors.

Thankfully, the glitch occurred before the completion of the Merge.

Proposals are already in place to ensure that it doesn’t happen again. Still, the fact that such a glitch can affect a chain that’s so integral to the future of Ethereum may be a worrying sign for future investors.